A Deep Understanding Of The Italian Food Culture

A Deep Understanding Of The Italian Food Culture

The Italian culture has a very rich tradition in food, arts, music, literature. The list goes on. Italian food is considered one of the best food palates in the world. It is full of flavor that will surely tantalize your taste buds which you will surely enjoy.

If you are wondering about all of the buzzes with the Italian food culture you should know everything about this amazing food. If you are very pleased with the flavors of Italian food you would surely love it more if you better understand its entire concept.

Everything About Italian Food Culture 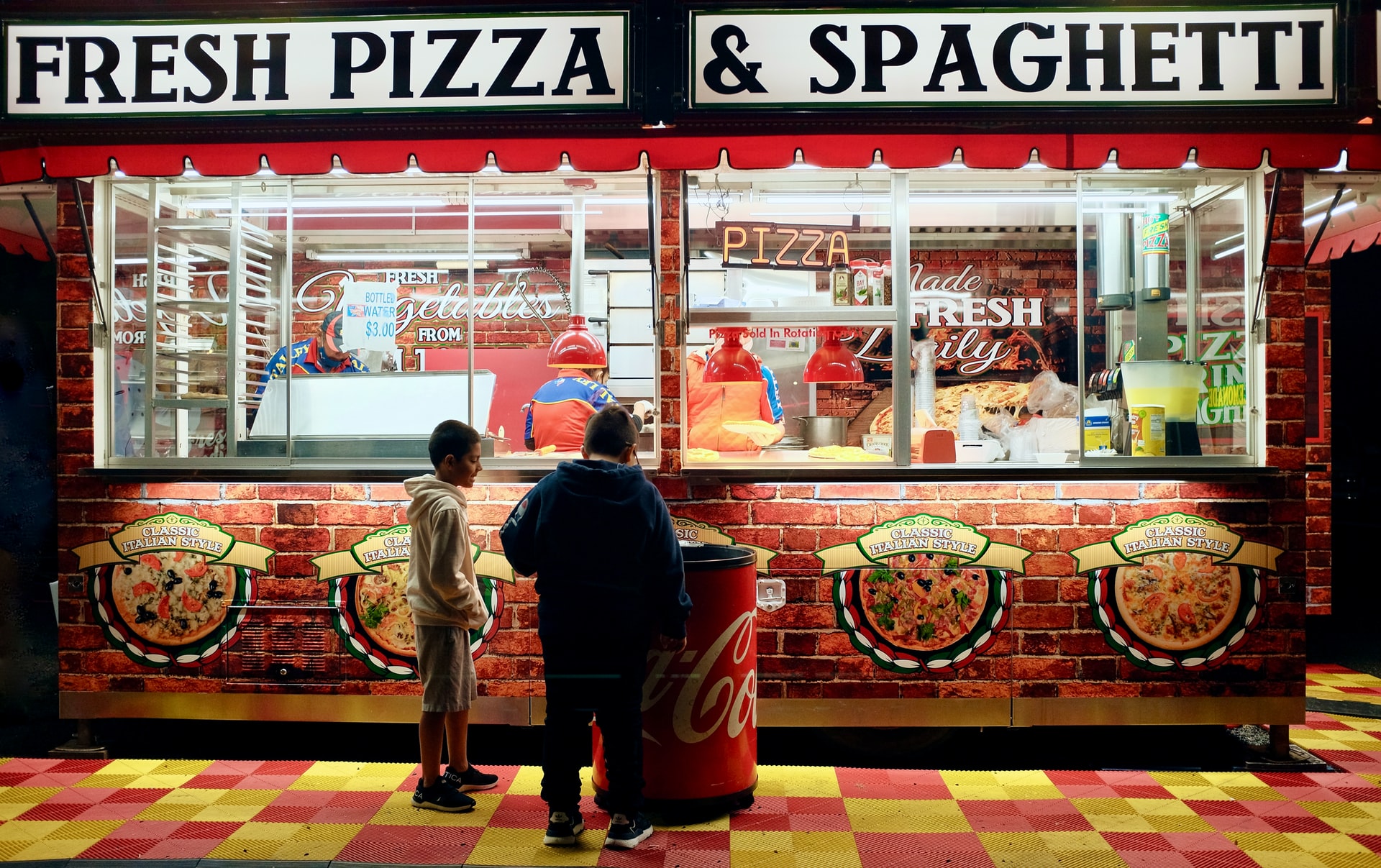 The Italian peninsula is packed with diverse culinary cultures which produce different Italian dishes. For instance, Sicily produces seafood dishes while Tuscany is best known for its simple yet rustic specials.

Other nationalities from different countries have also adopted the Italian food tradition and have even become a staple food on their tables. For example, Americans are very much in love with pizza and pasta which is a popular Italian dish.

Additionally, Italian food culture uses distinct ingredients for all of their dishes such as tomato, eggplant, pasta, cured meats, and cheese. You must not forget about the sweet Italian desserts that will surely conclude your meal with a bang.

Italian food culture has influenced a lot of countries already. It is known to captivate the taste buds of so many people from different cultures around the world. Thus, these people adopted what they liked about Italian food and added locally grown ingredients and incorporated them into their own traditional dishes, and made them their own.

The most important aspect that you must know about the Italian food culture is that their authentic dishes are only made with a few ingredients. However, these ingredients are carefully chosen and if the ingredient is not the freshest it can be they will not buy it but substitute for better quality or not make the dish at all. Each ingredient must shine since there are only a few ingredients. 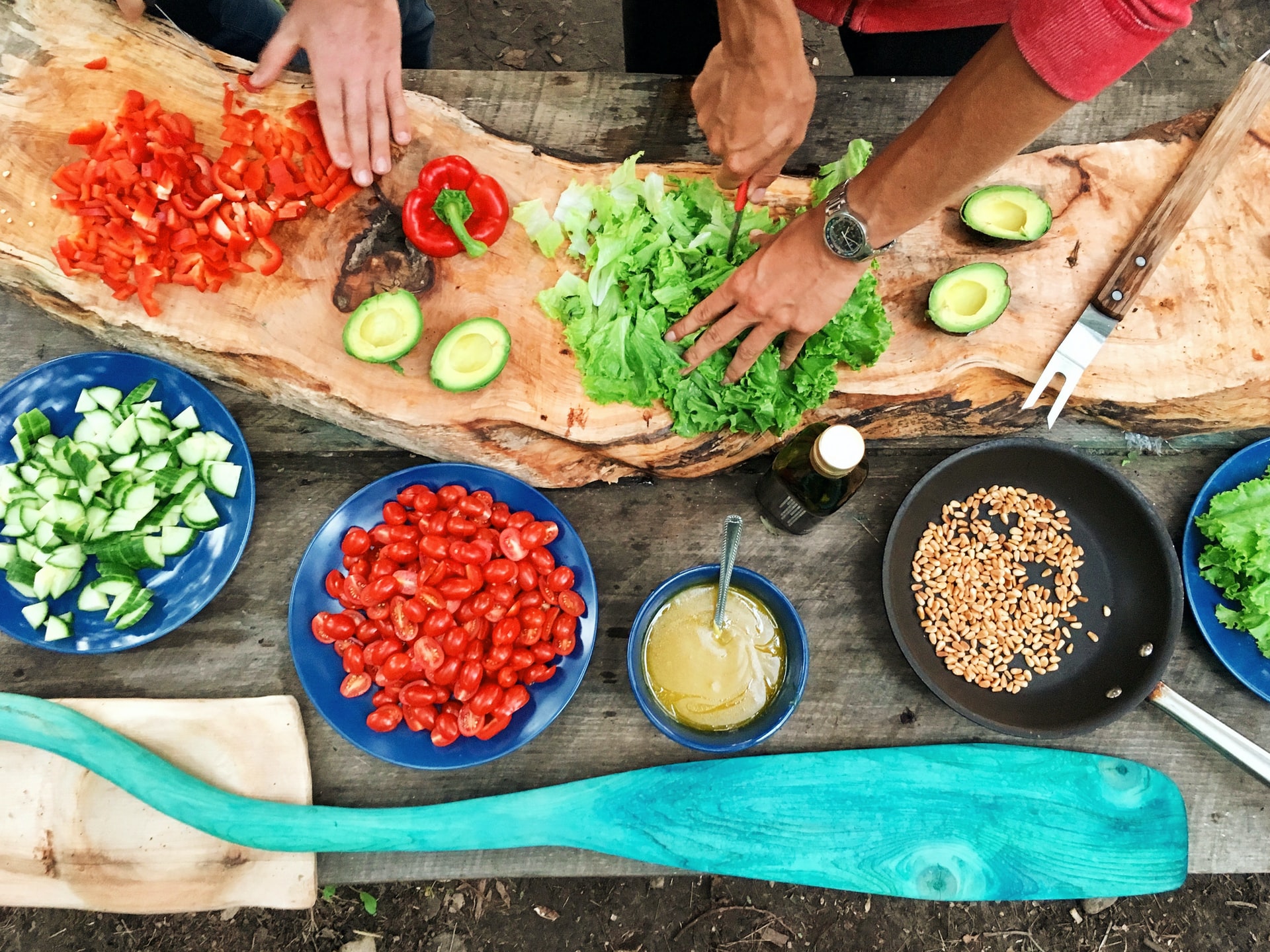 Italian cuisine like any other cuisine throughout the globe has a distinctive characteristic that makes it so special. The most common characteristics of Italian food is that you will instantly notice once you’ve tasted it or seen it being prepared are the following:

Once you’ve seen an Italian chef or home cook create an Italian dish, you will automatically notice that the ingredients used in cooking are nothing but fresh. The Italian food culture focuses more on choosing fresh, quality ingredients than on intricate preparations.

Italy is a pretty diverse country and every region offers different fresh produce that makes it readily available throughout Italy. From fresh eggs to oil, vegetables, meat, fish, herbs, and cheeses, Italian food is all about the freshness of all the ingredients they put into their dishes.

Italy has a rich tradition. Each region boasted its own dishes where they carefully incorporated their respective traditions. Contrary to what most people from other parts of the world might have thought, no place in Italy eats the same dish as the next.

In the north of Italy, for instance, people in this region cook more meat, potatoes, and rice than their neighboring areas. The very popular Italian dishes like pizza and pasta are more local in the central part of Italy. While in the South, their dishes are usually cooked with fresh tomatoes and fresh fish. For example, Sicily has been occupied by many different cultures and has influenced their cooking styles significantly. Almonds, couscous, and tomatoes are only a few items brought to the island by their occupiers.

These are some of the different cooking traditions of each of the regions in Italy. These traditions are made based on what ingredients are readily available within their area. Therefore, Italian cuisine does not only mean pasta and pizza because it can offer a wider variety of dishes from different traditions.

Like what was mentioned earlier, Italian cuisines are more attentive to how fresh their ingredients are and not the recipe’s complexity. Typical Italian food only requires a few ingredients to create and this is what makes Italians amazing.

They can do a lot of wonders with such little ingredients and no one will ever notice. This is how talented they are when it comes to crafting a dish. Cooking is considered a work of art or craft by most Italian and almost everyone in Italy knows how to cook.

Simplicity in Italian cuisine goes a very long way. As long as the ingredients are freshly chosen and the tradition, intention, and love are present, you will surely create a marvelous Italian dish. 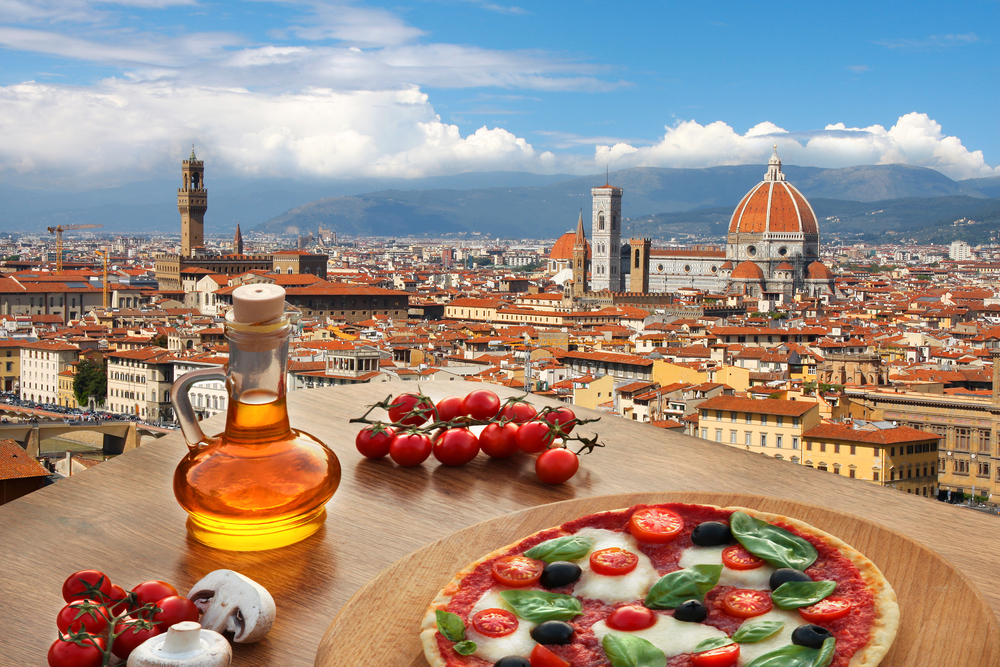 The history of Italian cuisine is rooted from generation to generation for each Italian family. Italian people care so much about their family’s cooking history that recipes are being passed from one generation to the other by word of mouth. However, as the old get older and the young are not interested until later some have taken to documenting the recipes which is a plus to history and readily available to the world via the internet.

It is then the responsibility of the new generation to preserve the traditional recipes and pass them on to the young ones. However, in the general view of the entire Italian food culture, everything started from the ancestors of Italy.

The Romans, which are the greatest ancestors of Italy, adored food so much. Back in the day, Romans loved to feast on food, organizing banquet after banquet just to taste the wonders of the Italian dishes. This is also the best time to serve and introduce new dishes to the table for everyone to try and judge. Rifugio’s Country Italian Cuisine has taken this theme and creates feasts based loosely on seasonal events of Italy like “The Feast of the Seven Fishes” or “The Feast of Saint Francis in honor of their ancestors.

The Roman empire accepted the flavors of all the ingredients from the places they have conquered. They enjoyed how the spices from the Middle East have enhanced their classic Italian favorites. Romans also started to introduce cereals that they acquired from North Africa and served them on their Italian tables.

If today Italian dishes are only made with fewer ingredients, at the time of the Roman Empire, all their recipes are nothing less than elaborate. From the sophisticated food preparation techniques to intricate choice of ingredients.

This is the reality of the Italian food culture back in the days, especially if you are cooking for the rich and famous families in ancient Rome. You must ensure that what you put on their table is the best and nothing less. However, ordinary people still stick to food that suits their living status which is usually a three-ingredient recipe.

Wine, olive oil, and cereals are the most common ingredients Romans used in their simple everyday meal which the current Italian people still use up to this date.

When the Barbarians came into the picture, the Roman Empire along with its traditions had come to an end. Traditions from both cultures clash with each other which resulted in one culture influencing the other and vice versa especially when it came to food.

Romans are known to possess sophistication while Barbarians are referred to as harsh-speaking and rugged-looking people. These newcomers introduced beer and butter to the Romans, while the Romans taught the Barbarians about wines and the use of olive oil.

In Sicily on the other hand, during the middle ages, the region was colonized by Arabs which influenced their culture and introduced the use of spices and dried fruits to the region. This Arabic influence can still be found in the modern-day dishes from Sicily.

Contrary to what everyone assumed, dried pasta does not originate in Italy. It was just brought to Italy by Arabs as they found it easier to transport and preserve, which is suitable for their long journeys at sea.

Five Italian Food Dishes That You Must Try

Now that you have learned more about the Italian food culture, you should know which dishes to try when you visit an Italian Restaurant. To help you pick out from the wide array of delicious and mouth-watering Italian dishes, you should first try the dishes below. 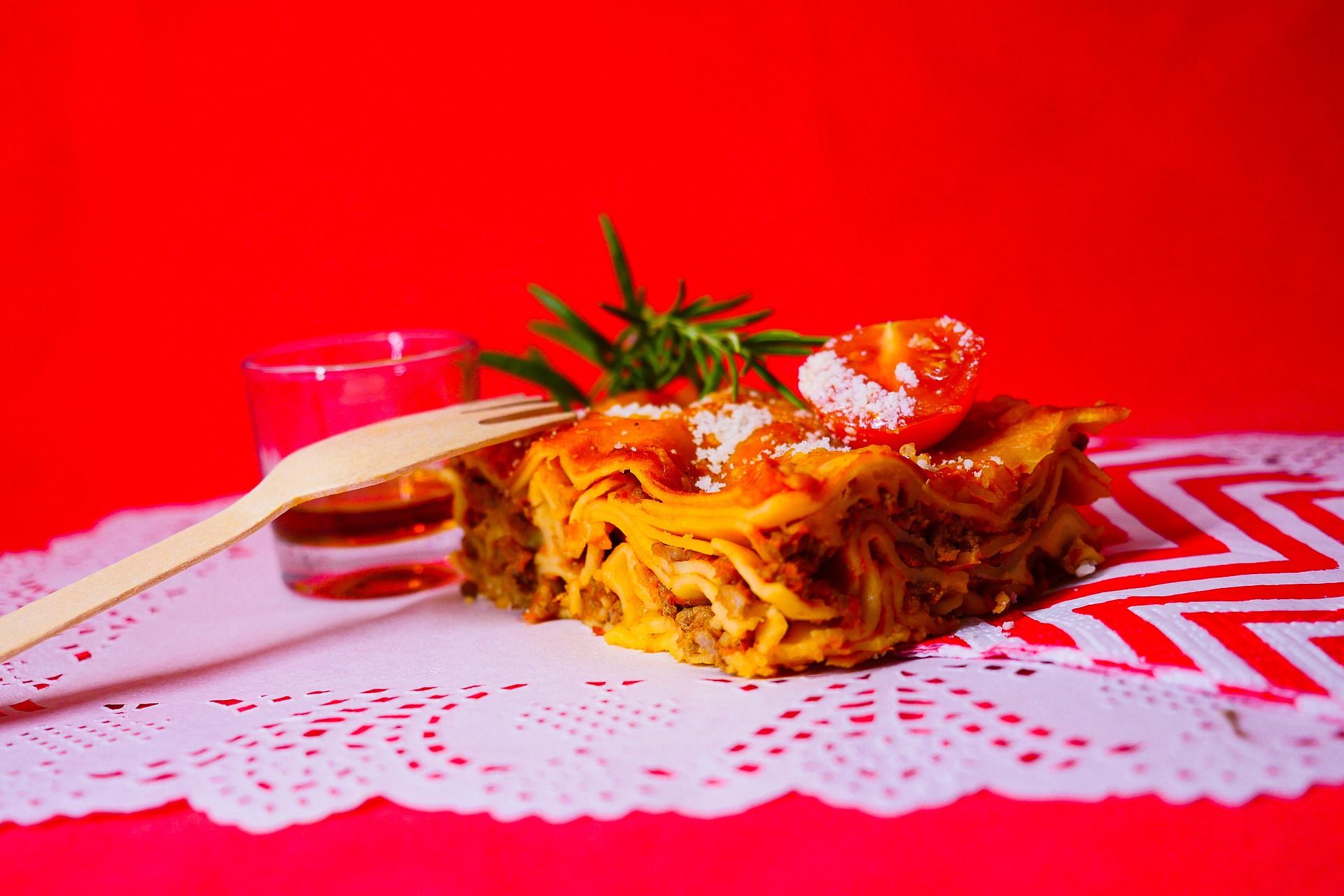 There are so many different pasta dishes in the Italian cookbook but the best amongst all of them is lasagna. Many years ago, lasagna was known to be a poor man’s food but it was transformed to become the most favorite dish on the rich people’s table.

At Rifugio’s Country Italian Cuisine, Washington, we offer our customers the classic lasagna that is bathed with bolognese sauce and topped with parmesan and mozzarella cheese that creates a perfect harmony. This combination of flavors that are crafted using fresh ingredients will burst into your taste buds. 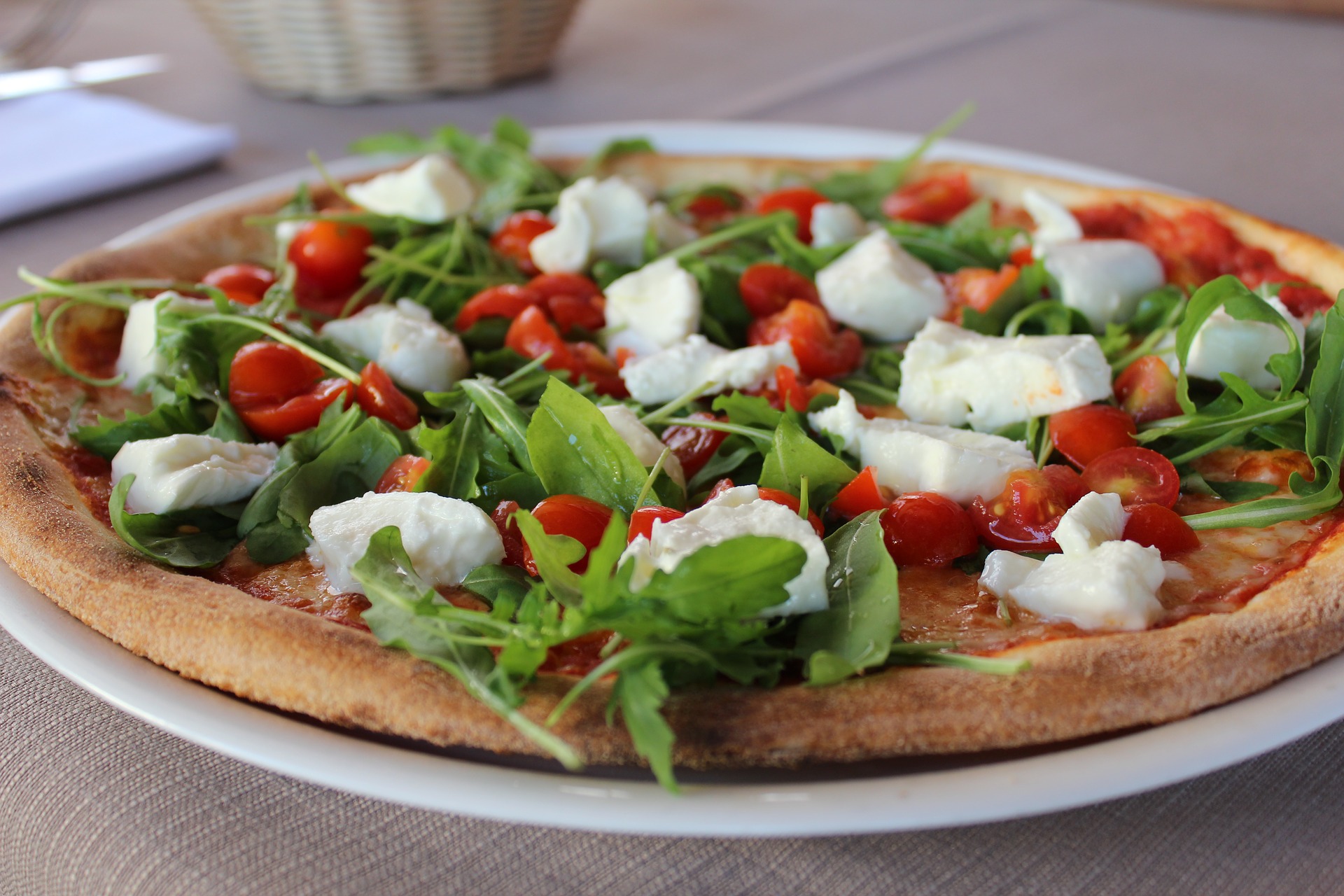 Just like with pasta, pizza offers a vast array of options to consumers. However, the most popular choice for many that you must also try is the Pizza Napoletana. This type of pizza originated from Naples and is the perfect example of a classic yet simple Italian recipe.

You can see that the Pizza Napoletana only has a few ingredients. Typically, you can only see tomatoes, cheese, and basil on top of the pizza aside from its dough and sauce which are also made from freshly picked tomatoes. 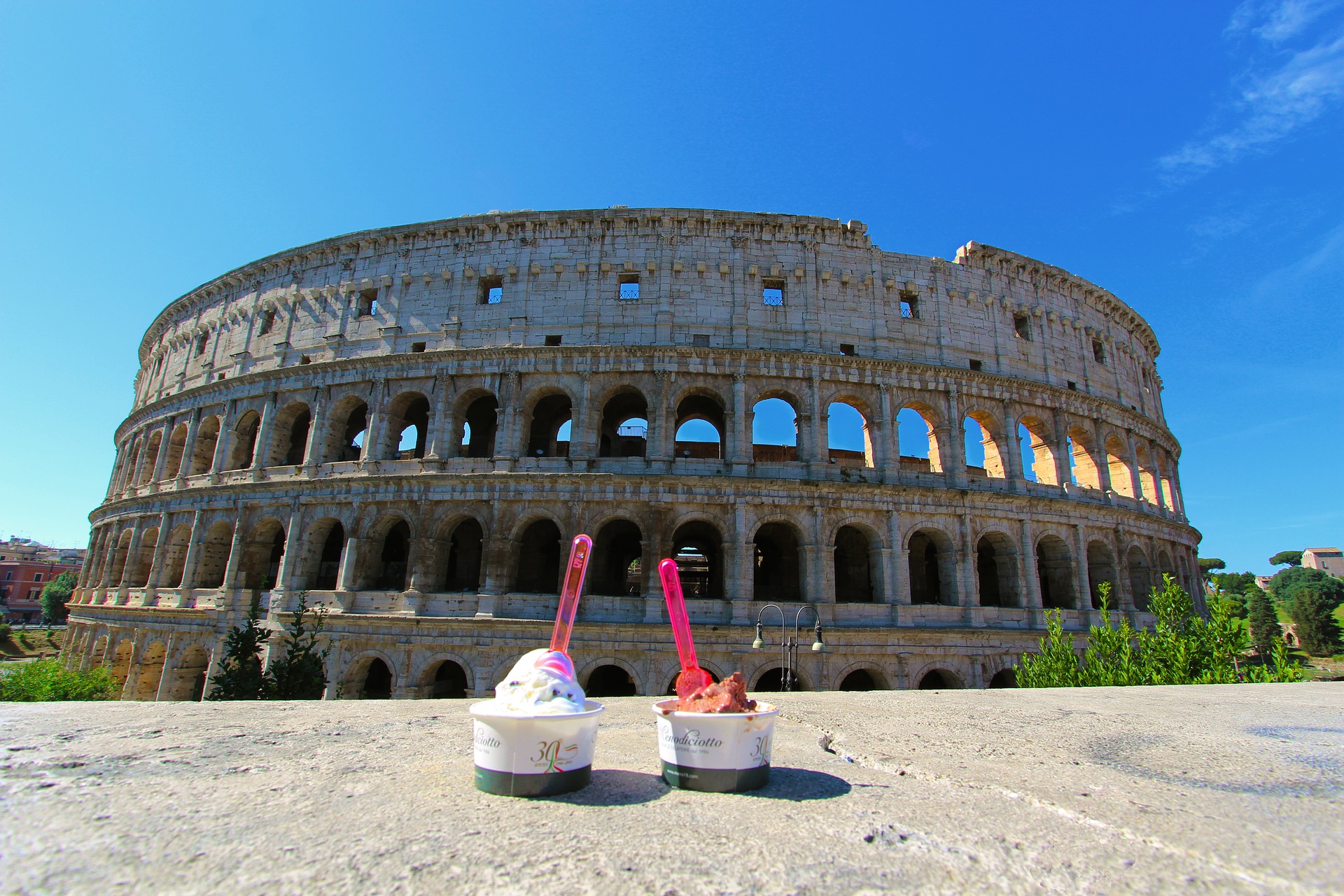 When it comes to dessert, Italian food also has something to brag to the world which is gelato. Gelato is not your typical ice cream. Although the Italian people did not invent ice cream, they pride themselves on perfecting the process of ice cream making.

The birth of Italian gelato happened during the renaissance period where it was introduced by an alchemist to the Medici family. Today, it is one of the foods that you cannot afford not to taste especially if you visit Italy. 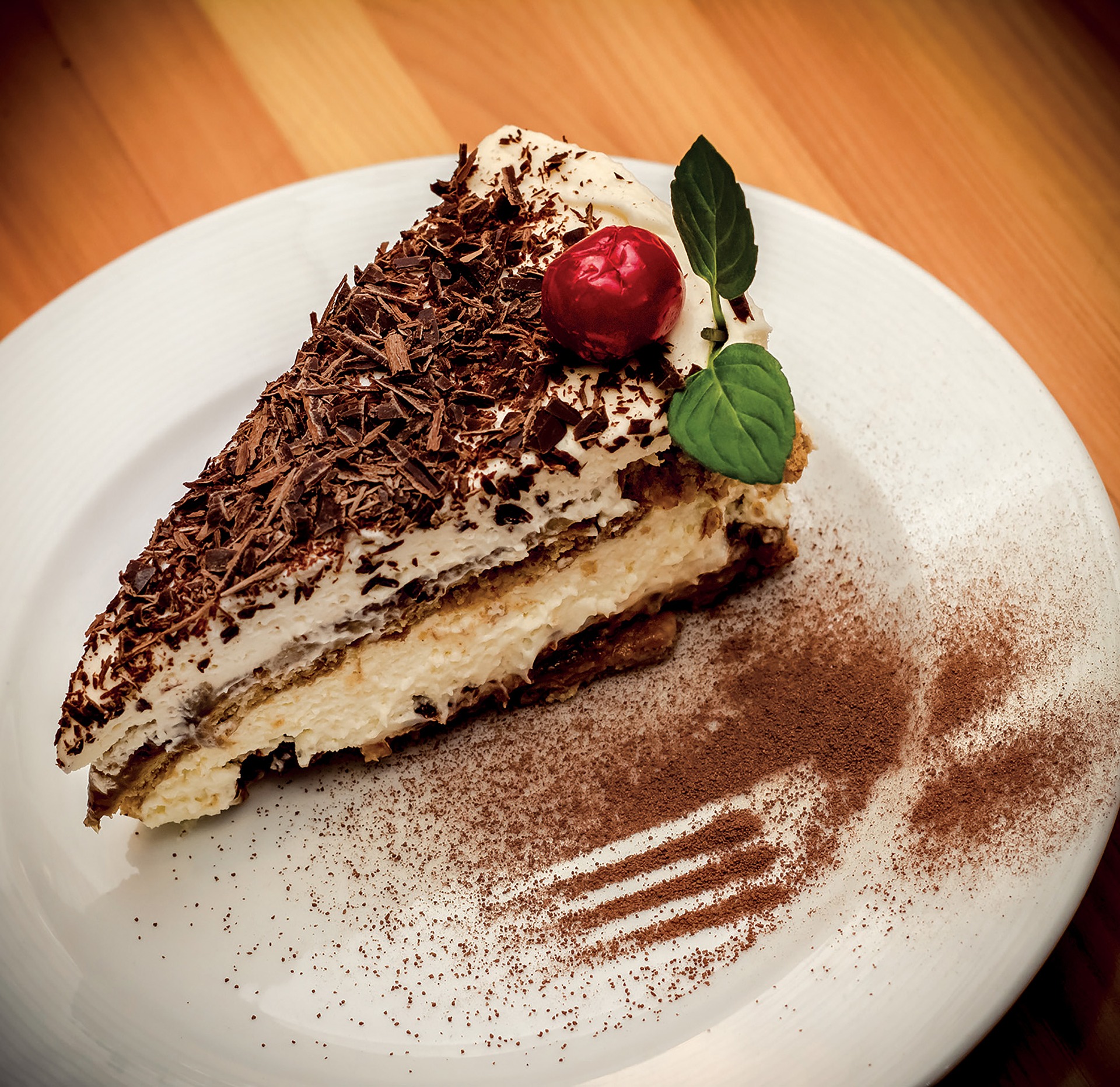 Another dessert that you must try aside from gelato is the tiramisu. Even though the name sounds a little bit Japanese, it is truly an Italian dessert. Another dish that Rifugio’s Country Italian Cuisine can offer your palate is our tiramisu that is enhanced with reduced balsamic vinegar drizzled over top.

Balsamic vinegar is not your usual sour vinegar. It has a balance of sweet and sour that will provide an extra kick to the already delicious double chocolate tiramisu. If you visit our restaurant, you must not forget to try this dessert and see how the balsamic vinegar works its magic with the tiramisu. 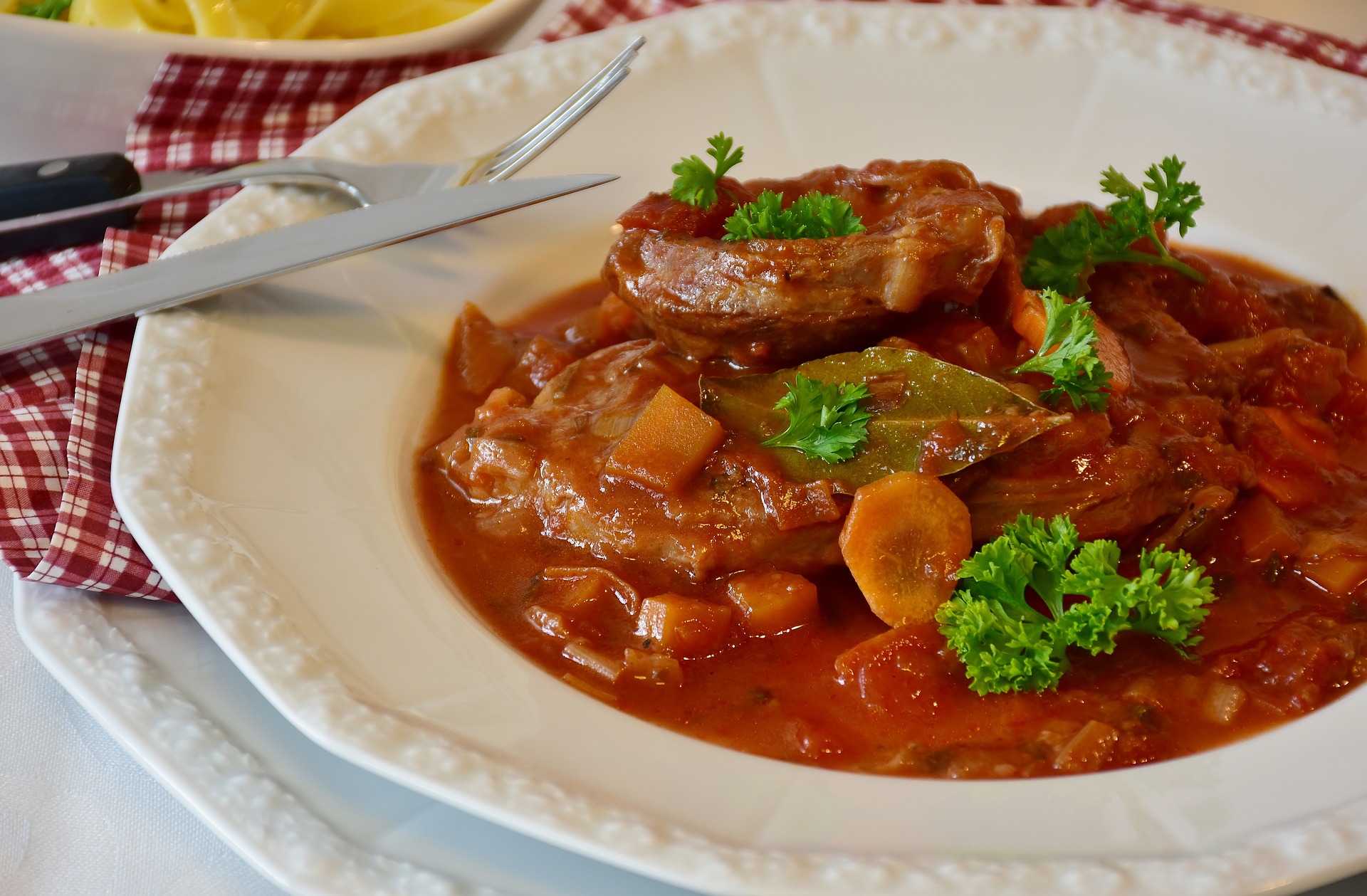 If you love meat so much then the Ossobuco would be the best recommendation for you. This hearty dish is the pride of Milan, Italy that was first created during the later part of the 19th century. The traditional recipe of osso buco is made of veal shank.

The meat is slowly cooked in meat broth, white wine with vegetables. It is then seasoned with parsley, garlic, and fresh lemon zest. Just by enjoying this dish, all of its flavors will let you experience the rich culture of Milan.

Rifugio’s Country Italian Food Cuisine welcomes you to dine with us.

If you want to experience real Italian cuisine in Washington, look no further than Rifugio’s which opened its doors in 2008 to locals and tourists who were and are visiting Mt. Baker. Satisfy your Italian palate by driving to our restaurant which is on Mount Baker Highway if you do you will surely come back for more. 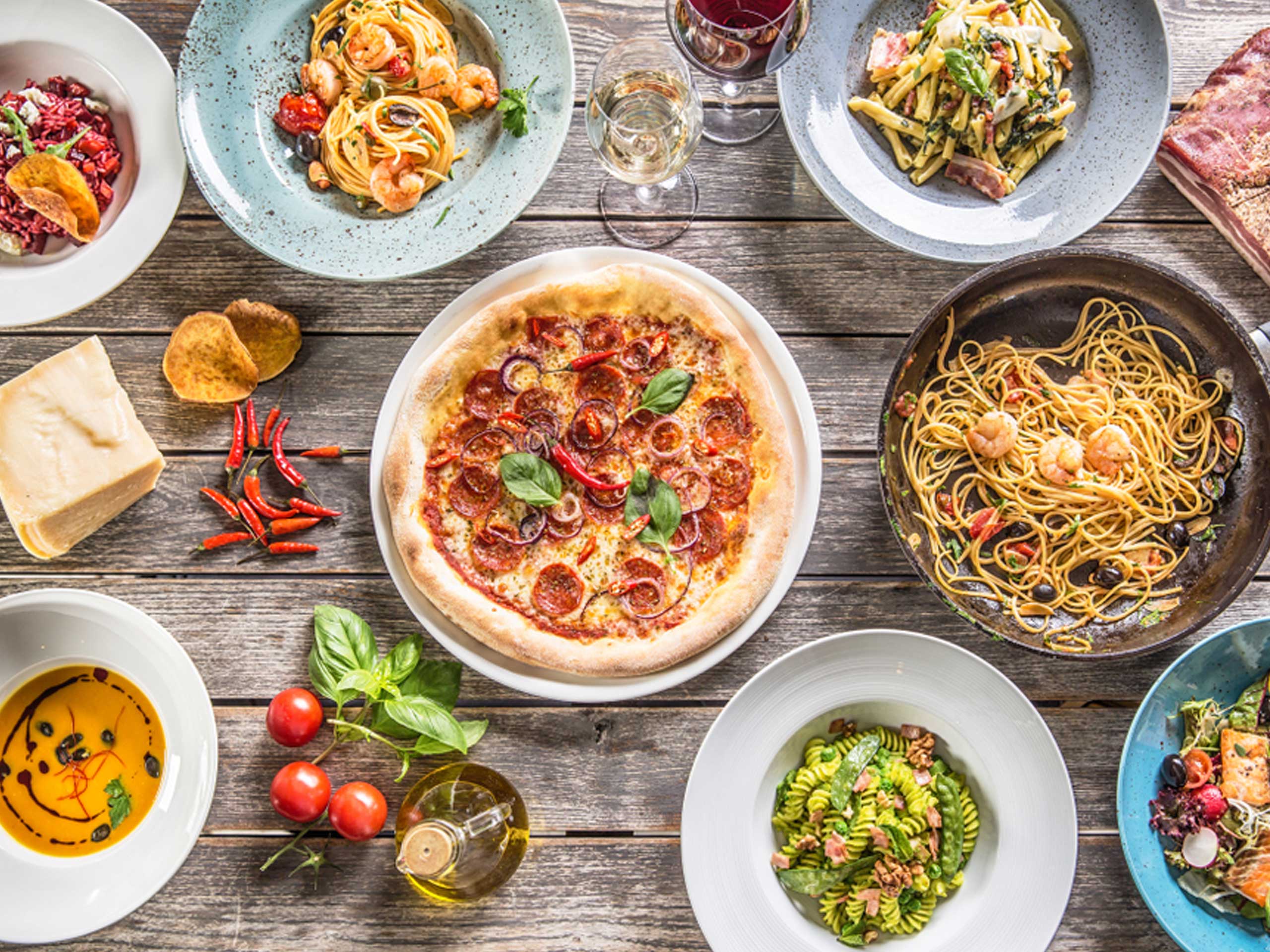 About the author : Mr. Rifugio