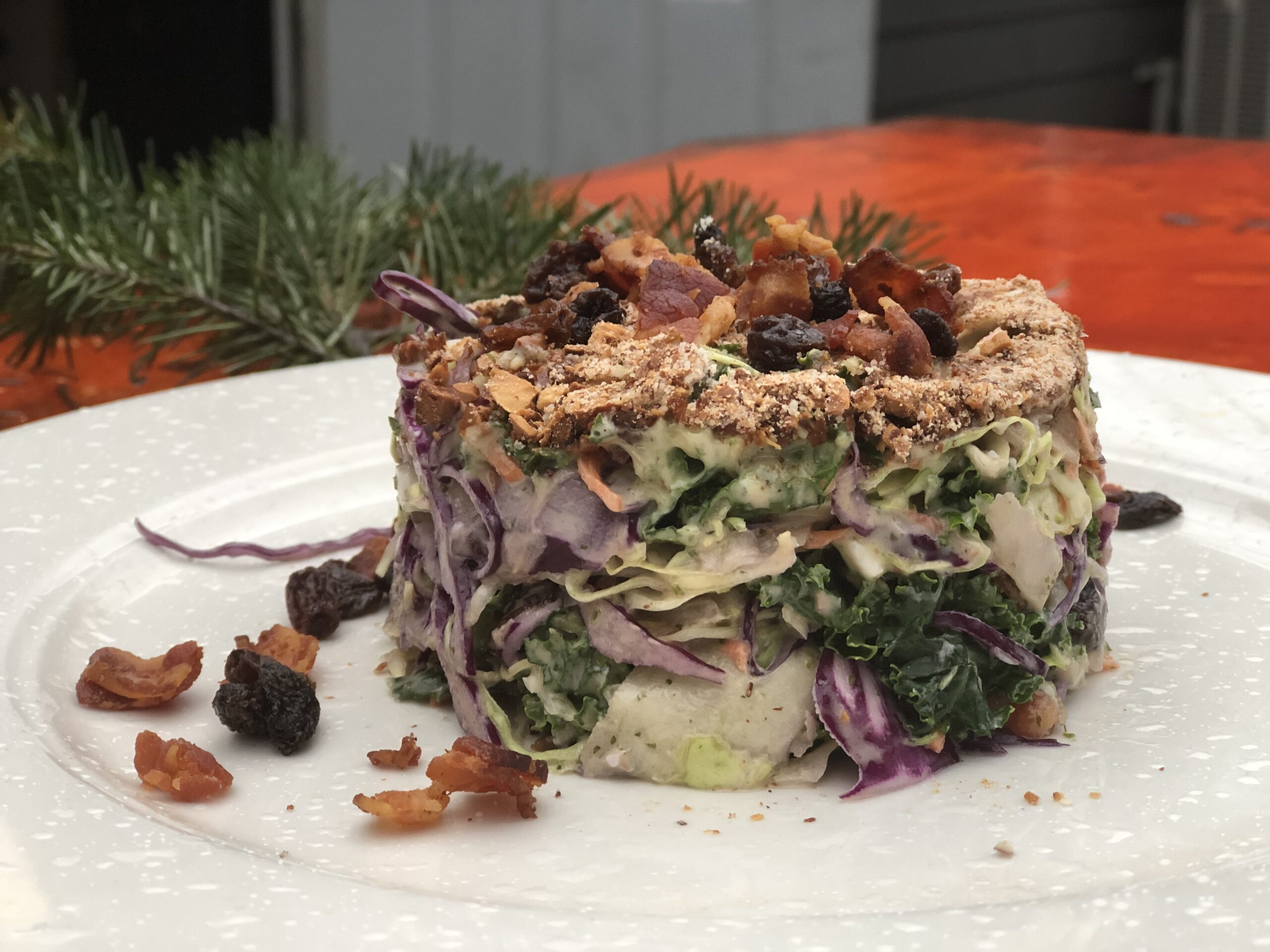 Back to menu
Back to Sunday Brunch

Ricardo’s Slaw was truly a team effort. Dylan our chef at the time encouraged us to use products that would be hardy and sustain time and not be prone to spoilage. Spring mixes often would be wilted soon after being bought. We dislike waste. The slaw needed a good balance of creamy, crunchy, savory, and funk. We started with only making what was needed for the day. Dressing with pesto aioli using basil but then realized we would use parsley and other herbs as well. We added gorgonzola cheese for funk. Crisp bacon for savoriness. Later I added the almonds and raisins. Sicily often uses both of these ingredients in their foods and it gives a sweetness and saltiness. My daughter Amelia added truffle oil. Just a little as it can overpower the dish. And there you have our slaw. It’s a staple dish that stays the same and needs very little change.

When next you stop request the Ricardo Slaw. It can be a meal alone or shared with others.